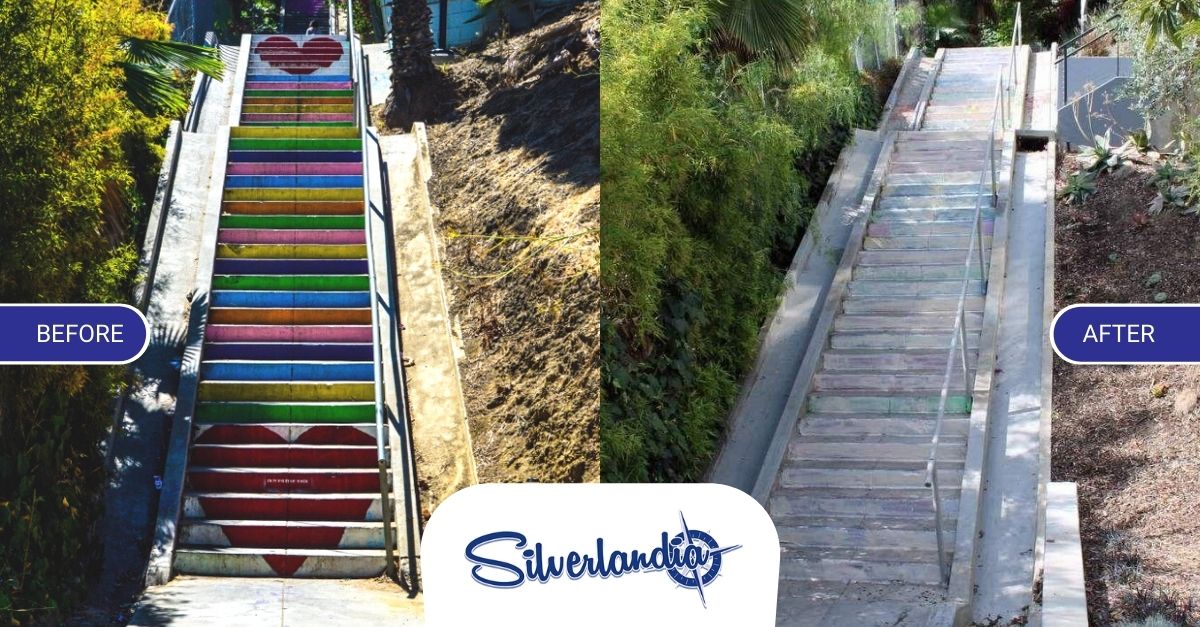 Silver Lake – The beloved Micheltorena Stairs – painted with hearts and rainbow colors – has been whitewashed.

We don’t know who, when or why the stairway mural was painted over. But as of Sunday morning, the stairs were covered in white paint, and it had stirred up a ruckus on Reddit.

The original mural was “Stair Candy,” painted covertly by artists Corinne Carrey, Carla Obrien, and Mandon Bossi in 2015, according to a motion by the city’s Cultural Affairs Commission.

In 2019, the commission retroactively approved the mural as a public art project. 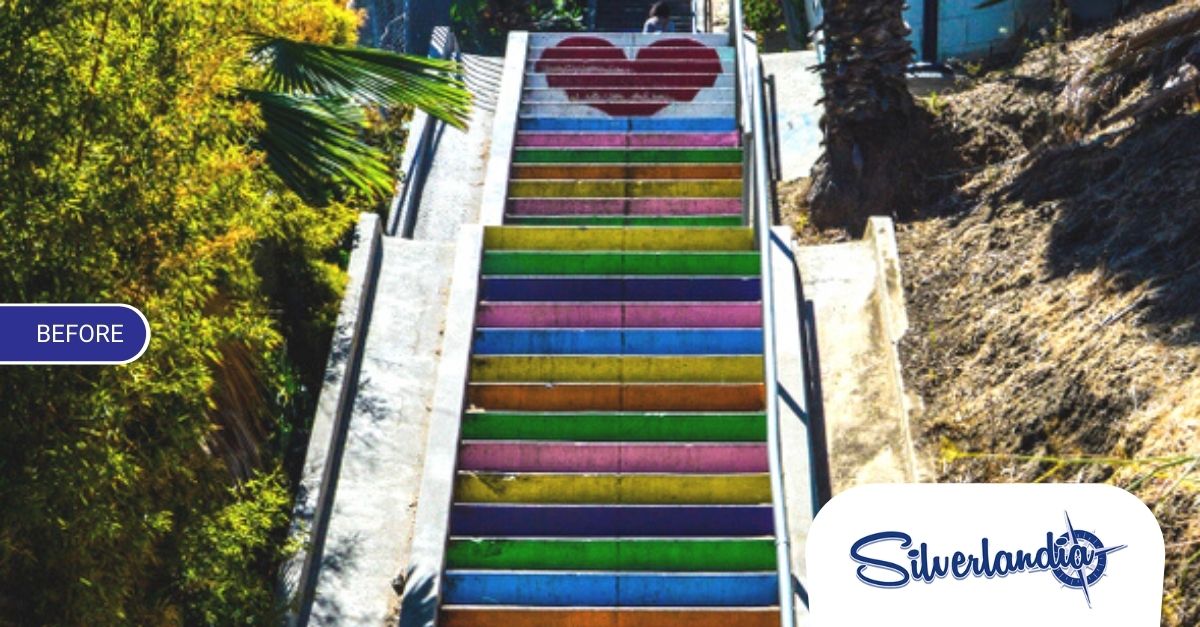 Carrey told The Eastsider she herself had only recently heard the news about the stairs.

“I just received a few DM’s from Instagram showing the greyed out stairs,” she said. “This is unfortunate and news to me.”

Since “Stair Candy” first appeared, the stairway has become a popular spot for walking tours and Instagram photos.

Read more about this article here.