The east side of Los Angeles has long been a sought-after, cool, and hip place to live. With a vibrant arts community, trendy restaurants, and boutiques, the neighborhoods that adorn this part of town continue to grow, evolve, and diversify. As you check the web for the latest in Los Feliz news, you probably come across all sorts of events and new openings happening on the east side, and Silverlandia offers a one-stop website for all the latest news in your neighborhood. You may have missed a recent article floating around the web, however, which landed three California neighborhoods on a list of the coolest places in the world. It goes without saying that many eastside locations attract the fashionable, bohemian type, but you may not have been aware that your very own neighborhood is one of the premier locals on the planet.

Time Out Magazine recently published an annual survey that polled 20,000 city dwellers worldwide. The questionnaire asked these individuals what they liked about their cities as well as what some of the drawbacks were. Nightlife, accessibility, and overall culture proved to be major factors in ranking a city’s offerings, as did reasonably priced restaurants and bars and walkability. The somewhat difficult-to-quantify vibes of the community and area were also found to be pretty important. When bundled together, Time Out was able to assemble a list full of variety, including some unexpected destinations. While your typical stalwarts were featured–New York and Tokyo, for example–there were a number of cities that the average traveler may not associate with “cool.” Still, tossed in the mix with cities like Lisbon, Portugal, and Montreal, Quebec, California held its own. Read on to learn if your neighborhood made the cut.

Time Out Magazine’s list includes 51 cities from all over the world. Of that list, only six are locations in the United States, three of which are cities right here in California. While California is one of the biggest, most populated states in the U.S., it is nice to us holding our own in the arena of cool. The neighborhoods that made the cut were San Francisco’s Dogpatch, San Diego’s Barrio Logan, and the Silver Lake neighborhood of Los Angeles. Time Out heaped praise on these Golden State enclaves by citing their amenities, vibrancy, and the communities they foster. Speaking of San Francisco’s Dogpatch, the magazine praised the neighborhood’s rapid growth and development, taking it from a once desolate stretch of shipyards on the bay to a bright, up-and-coming hot spot.

San Diego’s Barrio Logan also gathered a fair amount of praise. Noted for its homage to a rich and storied history, this San Diego neighborhood is an epicenter for Mexican-American culture and sits right on the scenic Chicano Park. As for the city neighborhood that was deemed to be the coolest in the world? Well, that distinction went to Colonia Americana in Guadalajara, Mexico. Colonia Americana is considered by many locals to be Mexico’s cultural capital, on top of being a nightlife mecca for people from all over.

While California was represented on Time Out Magazine’s ‘coolest’ list in both San Francisco and San Diego, Los Angeles was not exactly snubbed. The Silver Lake neighbors in east Los Angeles made the cut, not surprisingly, proving that this area is still a cool, desirable place to live. Los Angeles residents pointed to the neighborhood’s walkability and the sheer volume of offerings on any given block. Even as parts of the neighborhood continue to gentrify into something more closely resembling the westside, Silver Lake still maintains its eastside charm and history. From Sunset Junction to the edges of Echo Park, people remain drawn to the ultimately cool Silver Lake section of Los Angeles.

Getting the Latest in Los Feliz News

Whether you are in Silver Lake, Atwater Village, Echo Park, or Los Feliz, the eastside has no shortage of great restaurants, nightlife, and shopping to keep you active. As autumn continues to pass, you will want to make sure that you stay current on all the happenings going on in your neighborhood. From concerts to street fairs, to new restaurant and store openings, you are going to want a one-stop convenient website that offers all the latest Los Feliz news. Well, look no further than SIlverlandia.

At Silverlandia, we stay plugged into the latest happenings on the east side. From major news about developments in east Los Angeles to event calendars and more, we take pride in keeping Angelinos informed on what is happening at this end of town. Take a look around our website and start planning your next eastside adventure today. 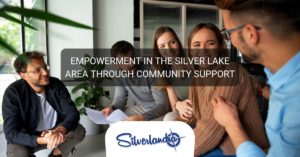 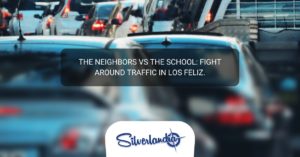