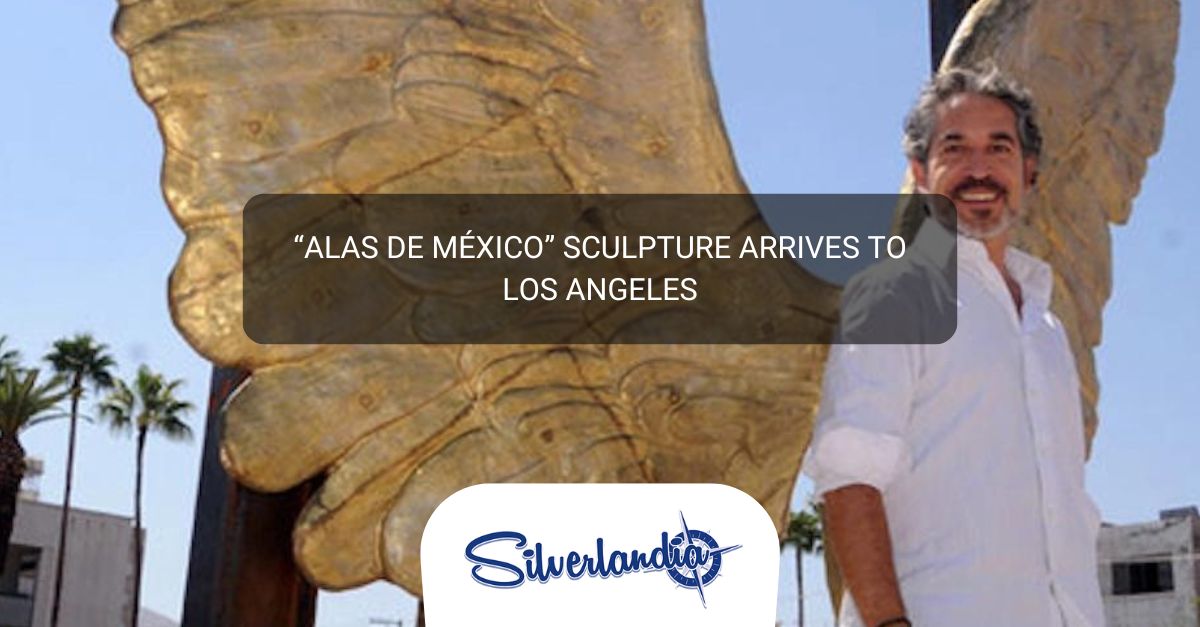 Six years after being donated by Mexican artist Jorge Marin, the sculpture “Alas de México” -Spanish for Mexican wings- will finally be exhibited in Los Angeles, specifically in Griffith Park.

Griffith Park – On a ceremony featuring L. A mayor Eric Garcetti, The US Ambassador to Mexico Ken Salazar, and the Consul General to Mexico Marcela Celorio, and on the occasion of the first day of the Summit of the Americas, the sculpture was finally inaugurated, after staying for six months in a deposit: the city officials were figuring out where to place the artwork.

They decided to put it in First and Broadway Park, an empty lot across from City Hall in Downtown LA, though the location is not ready yet. Momentareanaly, it cost $400,000 to install the Wings, 600 feet north of the Griffith Observatory.

In the words of the author, “everybody, at some point, has wanted wings. Flying is one of the oldest and most beautiful desires of humanity. It has led us to create great inventions, conquering the air in different ways. However, no matter how much the invention moves us to new frontiers, the sensation of flight, of the wind, and the feeling of breaking the laws of physics to raise the feet of the ground, is alien to us. Everything remains in the imagination.”

27 other similar sculptures are or have been exhibited internationally, disseminated across cities like Mexico City, Mexico, Berlin, Germany, and Tel Aviv, Israel.

Almost all of his sculptures have been done in bronze, and the main idea of his artwork is for them to be easy to reach, so people can access them, and build bridges between the countries. His website, for instance, even states the number of kilometers that the wings flew from city to city. “They flew 11,537 kilometers. Two bronze wings traveled from Mexico City to Nagoya, one of the most important cities in Japan.”