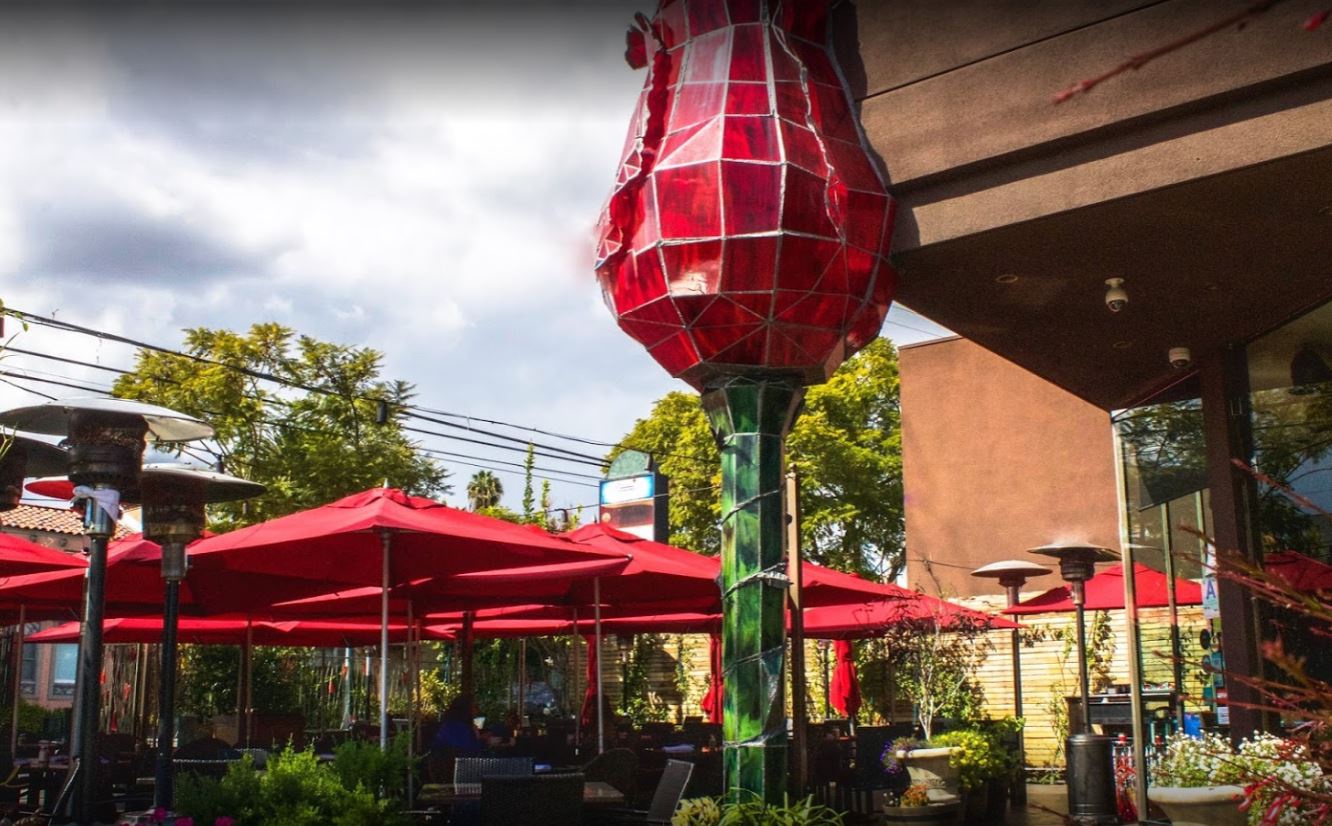 The Desert Rose has been around for a while now in Los Feliz.  Most who drive down Hillhurst in Los Feliz have probably seen it with a shady closed-in outdoor dining area across the street from the Cap N’ Cork liquor store on Prospect.

The menu is quite expansive, with traditional Mediterranean fares like lamb and kabobs, to pizza and pasta dishes. Danny Star, who owns local Website Depot and Silverlandia, said that the Kabobs he tried here is among the very best he has had in the United States.

Drinks have been known to be a little on the pricey side here, but are expertly crafted by the bartenders. You can find some relief on the prices during the happy hour that takes place at 3 pm daily.

Although the highlights of the menu are Mediterranean-centered with pitas, kabobs, and shawarma, some of the best and often-overlooked dishes are the seafood fare. The seafood linguini dish is another favorite, stacked with shrimp, salmon, calamari, and mussels in a creamy tomato sauce. There’s also a highly-touted appetizer seafood platter called “Frito Misto”, which comes with lightly fried shrimp, calamari, and artichoke, and aioli for dipping. If you’re looking for a more simplistic fare, perhaps you’ll be more satisfied with a sandwich, wrap, or pizza, which is also on the menu.

The patio makes for a nice experience on a mild L.A. day– it’s plentifully shaded and a good place for dates or even a casual lunch on a mild day.