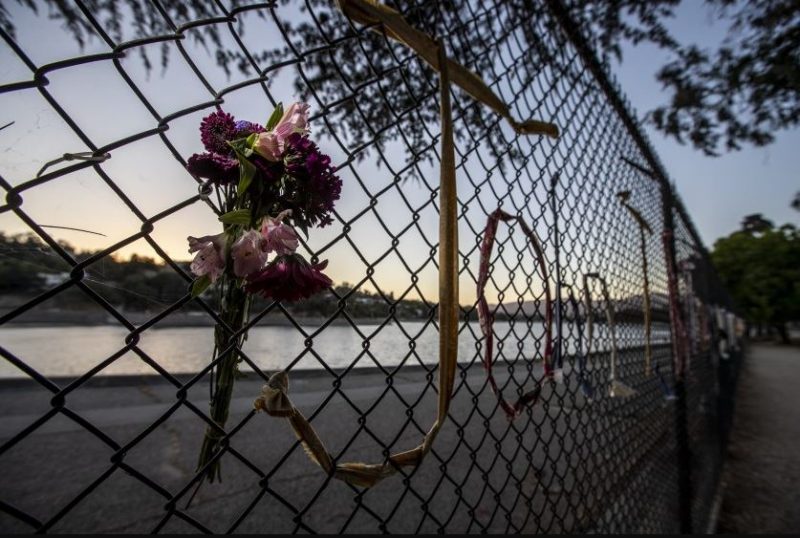 You are probably familiar with the Silver Lake Reservoir, a local favorite spot for jogging and walking. Aa chain-link fence separates the trail from the reservoir itself, lining the whole track. However, this fence is now serving a much deeper purpose than a purely logistic one. Last weekend, the fence at the Silver Lake Reservoir became a canvas for a moving memorial to the ongoing movement. More than a hundred names are now spelled out via big letters of fabric woven onto the chain-link. Who are they? They are the names of over a hundred Black individuals who have died at the hands of the police across the United States.

Officially known as Say Their Names: Silver Lake Memorial, the public art installation is meant to raise awareness and encourage action. Demographically speaking, Silver Lake is a mostly Latino and white neighborhood, with a smaller but significant Asian population. With a  3.2% Black population, the organizers felt Silver Lake was the right location for this memorial. As they told the L.A. Times, “It’s so important to bring the names of black people into a predominantly white space”. Names such as Rodney King, George Floyd, Breonna Taylor, and countless others now line the fence of a hiking trail commonly frequented by relatively more privileged Los Angeles residents. This is an effort to keep victims, as well as the conversation in general, in the public consciousness.

As daily protests continue across Hollywood Boulevard and Downtown LA, it’s important to remember the reasons behind what’s going on. What might be, to you, the cause for heavy traffic or noise outside your home is, in fact, a movement trying to defend people’s lives. The Say Their Names: Silver Lake Memorial is there for you to remember the names of people at the heart of this movement. If you’re curious about how to help, you can find several resources through Black Lives Matter LA and other organizations. 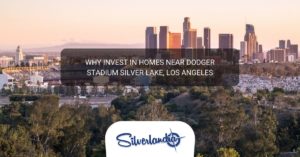