It is no secret that Cuba is mainly known for their cigars, their mojitos, their beaches, and its old cars. But are you aware of their variety of dishes when it comes to their culinary history? Ropa vieja, lechón asado (roasted pork), arroz y frijoles negros (rice and black beans)… are just some of their main local foods. Luckily for us, there is a place that sells all of them, just around the corner here in Silverlandia: El cochin to Restaurant.

The Little Pig (Or So They Say)

El Cochinito (Spanish for the little pig or so) is located at 3508 W Sunset Boulevard, some blocks away from the Silver Lake Reservoir. It has been open for more than 30 years and it sells authentic Cuban food: The owner, Gladys, used to live in La Habana, where her father used to have his very own restaurant.

Their customers strongly recommend their lechón asado, which is slow roasted pork with a side of rice and beans, and their two sandwiches, which were named “2018 Cuban Sandwich of the year”: the Cochinito and the Cuban Sandwiches.

The Cochinito has pork, sweet plantains, and onion, while the Cuban Sandwich has Pork, ham, mustard, and pickles.

If you want to know more about the place, menu, or opening days, just click here. We promise you you won’t regret it! 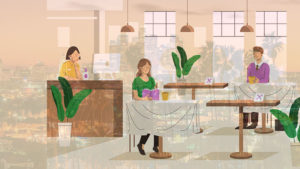 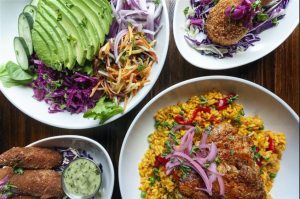