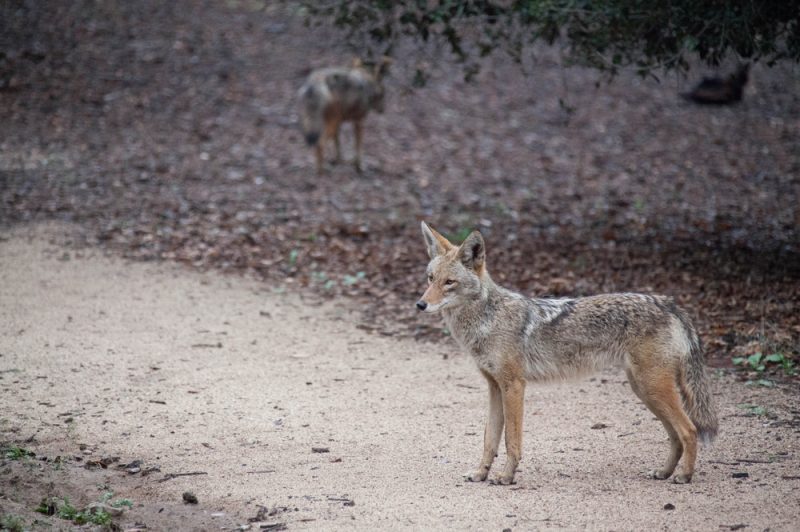 rYou have probably noticed Los Angeles feels different under quarantine. Traffic is virtually non-existent and the air is significantly cleaner, for example. Additionally, if you live near Griffith Park or the mountains in general then you have probably seen more wildlife than usual around your home. The park, as you might know, is home to quite a lot of wildlife. Deer, coyotes, skunks, bobcats, and even a mountain lion are some of the animals that call the park their home. However, human activity tends to keep them isolated to certain areas of the park. Due to the change in people’s daily habits recently, local residents have been noticing some of the native Los Angeles wildlife has been showing up around more often.

Griffith Park is one of the largest urban parks in North America. At 4,310 acres, it has plenty of room to house small to medium-sized fauna. Many of these animals can be visible during scenic hikes around the park. Deer, for example, roam the park and are probably enjoying the lack of visitors. While no changes have been noticed on coyotes’ behavior patterns, researchers have noticed a significant increase in active nests for hawks, owls, and falcons. In fact, the number of such has doubled from last year’s. These raptor birds usually nest in the more remote skyscrapers of Downtown Los Angeles, for human activity can easily scare them away. However, more of them have come to make the park their home recently.

What Can We Learn From This?

Unlike what some social media posts will lead you to believe, the fact that nature is “reclaiming” certain spaces now that humans are staying home isn’t an indicator of incompatibility between people and wildlife. However, it does represent a call to action of sorts. We are still around, living our lives in a relatively comfortable way. At the same time, some of the wild animals in the area are enjoying the reduced amount of disturbances. This shows us that it’s not necessary for humans to stop existing altogether in order to coexist with nature. If anything, it’s a reminder that we are part of an ecosystem. This shows us that, if we change our habits moving forward, we can better share the space moving forward.